In Business World, 10 months ago 0

The technology company launches service on August 2 so that workers can use Windows in the cloud from Android phones, tablets, Macs, and other devices. How will this ‘cloud PC’ affect the business laptop market?

With Windows 365, It created a new category: the PC in the cloud.
A cloud service that introduces a new way of experiencing Windows 10 or Windows 11 is aimed at companies of all sizes.

What Windows 365 allows is to bring the operating system to the Microsoft cloud to enjoy the whole Windows experience,

It will be(accessing all the applications, data, and settings) from the personal or corporate devices they want.

The service, Microsoft highlights, is secure by design and is built with the principles of ‘zero trust. ‘

Windows 365 protects and stores information in the cloud, not on the device, which, they promise.

Provides “a safe and productive experience for workers, from interns and outsiders to software developers and industrial designers.

Just as applications were brought to the cloud with SaaS, we are now uploading the operating system to the cloud, which gives companies more flexibility and a secure way to make their employees more productive and networked regardless of. . From its location

Just as it is now possible to stream Xbox games from Microsoft’s Azure cloud to the phone itself.

The browser, now workers can do the same with Windows 10 and eventually Windows 11.

In this way, the PC In the cloud, you won’t depend on local hardware to run Windows; instead, a reliable and persistent connection to the Internet is required to get to Windows 365. 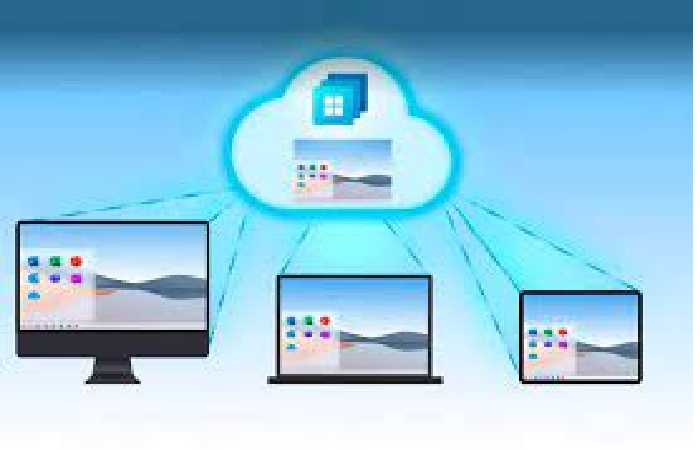 A service designed for companies

How will Windows 365 work

All of this sets the stage for the Windows 365 cloud PC.

Microsoft does not say that consumers will force to run their future PCs in the cloud.

But it highlights the benefits of doing so, the data on this PC will store in the cloud and can access from any device.

In addition, Microsoft promises that these will encrypt at rest on the device and back and forth over the Internet.

It only works with Azure Active Directory, and the employee’s company will also need the appropriate license for Windows 365 Business or Windows 365 Enterprise.

Microsoft emphasizes that with Windows 365, employees will be able to leave their dedicated PC at home and work on “any device” in a hurry, including their Mac, their iPad, or their Android or Linux device.

The experience, of course, will be a bit different than checking email in an Outlook mobile app.

Windows 365 supports the Windows experience: open Outlook, download and save a picture, save it to a Windows virtual desktop, Paint available and change it, save it again, etc.

“The ability to work when, how, and where you need it is has become the new normal,” said Wangui McKelvey, CEO of Microsoft 365.

“All employees want technology that is familiar, easy to use, and available on all devices. And in the most complex cybersecurity environment.

We’ve ever seen, organizations need a solution that helps their employees collaborate, share, and create while keeping their data safe and secure.

With a Cloud PC, the question of what an employee “works” on is also a little less clear. Do employees need a cloud PC for a business PC?

It seems not. John Roach of Microsoft Innovation sheds more light: Windows 365 will be accessible through a native app or web browser, which means that a simple, low-cost, low-end PC will run Windows 365 seamlessly over the web.

Finally, from a cultural point of view, it is not clear what a cloud PC will rule the new world of work.

Will employees get dumb terminals, or will they still get fancy and expensive business laptops?

Will employees want to run Windows on their phones? And will Windows 365 be a niche for skilled workers, or will it have a deeper impact? We’ll have to wait and see.

Review Microsoft begins the era of the ‘PC in the cloud’ with Windows 365. Cancel reply

In Business World, 2 years ago
Technology

In Business World, 1 month ago
Technology

How Much Does It Cost for PMP Certification in India?

In Business World, 11 months ago
Technology

In Business World, 1 year ago
Technology

Become the most coveted strategic partner for companies like Microsoft

In Business World, 2 years ago
Technology

Keeping Up With Current Trends: The Importance of Functional Technology

In Business World, 10 months ago