In Business World, 2 days ago 0

There are several obstacles to understanding the law, not the least of which is the predominance of Latin words and what is frequently referred to as “legalese.” As a result, people continually end up in serious difficulties only because they don’t comprehend a contract or other legal instrument.

You need legal counsel if you are in a sticky circumstance. Since lawyers have spent years studying legal terminology, they can explain what the Latin and legalese terms mean to you. Today, we’re going to discuss prima facie negligence, which is a word frequently used in personal injury cases. We’ll examine what it implies when it applies and other fundamentals in prima facie negligence cases.

Identify the Elements of Negligence 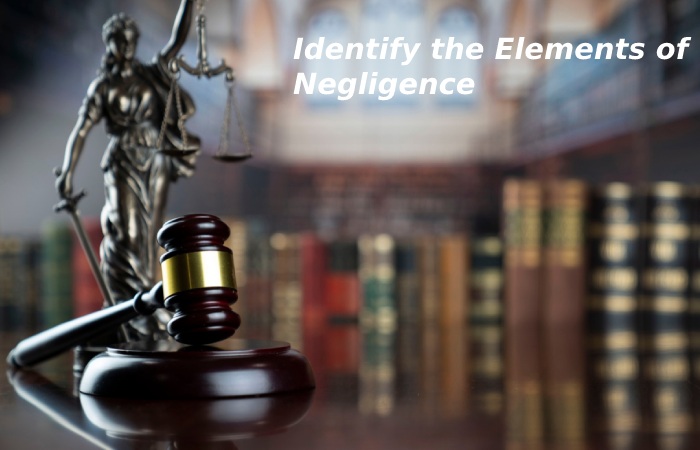 The absence of appropriate action or action is referred to as negligence. Prima facie is a Latin expression that means “at first glance” or “on the surface.” This expression refers to a fact that, unless proven false, is true.

A plaintiff must establish each ” component” to prevail in a negligence claim. Damages are one of the factors, which means that to hold the defendant accountable, the plaintiff had to experience harm or loss. Therefore, even if you can demonstrate that the defendant was at fault, your negligence claim case might not succeed if you did not experience the injury that resulted from their conduct.

Juries are taught to evaluate the testimony, evidence, and facts to determine if each of the following conditions was met:

The four elements of carelessness must be proven in most personal injury cases. These components consist of the following:

The four elements necessary to establish negligence are: 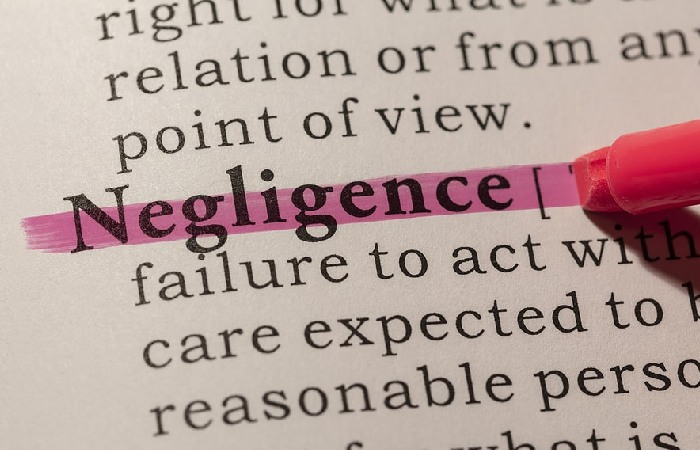 A judgment or sentence is said to be prima facie admissible when the plaintiff has presented preliminary evidence, a judge has examined it, and it has been considered sufficient to justify the judgment.

For instance, the United States Supreme Court addressed the prima facie problem in the 1992 case St. Mary’s Honor Center v. Hicks. An employee of a rehab facility alleged that he/she was fired in violation of the Civil Rights Act of 1964 because of his colour.

The employee proved a prima facie case of discrimination at his trial in district court. Still, it was ruled that he had not presented enough proof to indicate that the employer had used race as a deciding factor in the plaintiff’s termination.

The United States Court of Appeals heard the matter before referring it to the Supreme Court. The employee did prove a Juris, but the Supreme Court ruled that this did not guarantee him a victory. 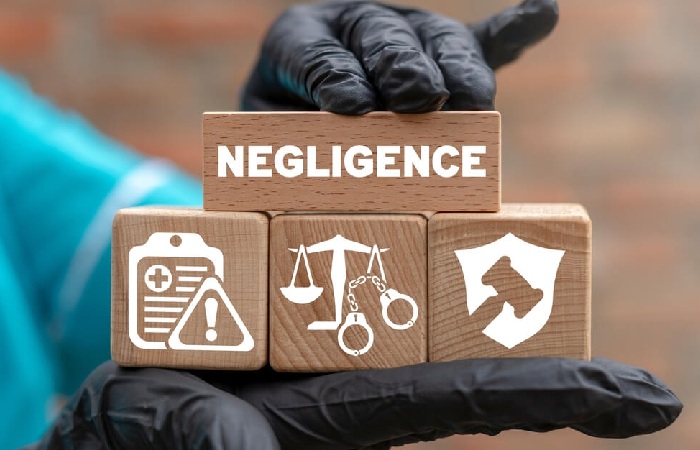 prima facie case of negligence is defined as “a failure to behave with the amount of care that someone of ordinary prudence would have taken under identical circumstances” by the Legal Information Institute at Cornell Law School. When there is an obligation to act (such as a duty to assist victims of one’s earlier behavior), the behavior typically consists of actions, but it can also consist of omissions.

Prima facie is a Latin expression that, when appropriately translated, means “at first sight” or “at first appearance.” It also has a sense of “self-evident.” Finally, it refers to someone failing to act (or not working) in a way that a reasonable person would find proper in the given situation when combined with negligence.

This idea can be used to explain a variety of mishaps, including car accidents and industrial accidents. Someone was likely acting with prima facie negligence if they were unsuccessful in exercising reasonable care and their actions resulted in an accident that injured another person. However, to establish prima facie negligence in a court of law, there is a little more to it.

The Latin expression prima facie means “at first sight”, “at first sight,” or “after a first impression”. In both civil and criminal law, the term indicates that, after an initial examination, a complaint contains sufficient evidence to go to court or establish a conviction.

In most legal proceedings, one party (usually the plaintiff or the prosecutor) bears the burden of proof. Therefore, producing prima facie evidence for each element of the allegations against the defendant is required. If they cannot provide prima facie evidence, or if one party provides conflicting evidence, the initial application may be denied without requiring a response from the other parties. 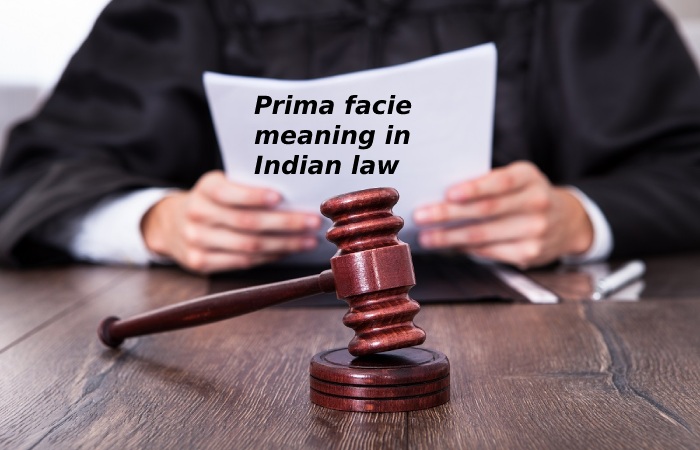 Prima Facie refers to a legal situation where the prosecution has given sufficient evidence to establish the defendant’s guilt. You must have heard of this phrase if you have any connection to the legal system or know legal jargon.

Understanding such legal terminology and its significance is crucial whether you manage a firm or a small business. Due to this, we will examine the definition of this term’s fundamentals and attempt to comprehend its significance in a legal setting.

In tort law, prima facie seeks to compensate plaintiffs (the injured party) for losses brought on by others (defendants) who hurt them maliciously but in a way that is not strictly or expressly illegal. To establish that a defendant committed a specific tort, a plaintiff must demonstrate that all of the elements of a prima were met by the defendant.

Typically, these elements include an obligation, breach, damages, and causation:

The plaintiff must establish that the party who damaged them owed them a duty (civil obligation) not to harm them and that the plaintiff breached that duty intentionally and without a good reason for breaking them.

Like criminal law, the prosecution must establish beyond a reasonable doubt that the defendant committed the crime for which he is accused.

The plaintiff must demonstrate the following to establish a prima facie case of employment discrimination: Affected employees must have met the following criteria: 1) belonged to a protected class; 2) experienced a hardship labor action; 3) met the legitimate expectations of their employer at the time of the adverse employment action; and 4) received treatment that was different from that of employees in comparable positions who did not belong to their protected class.

How to establish a prima facie case 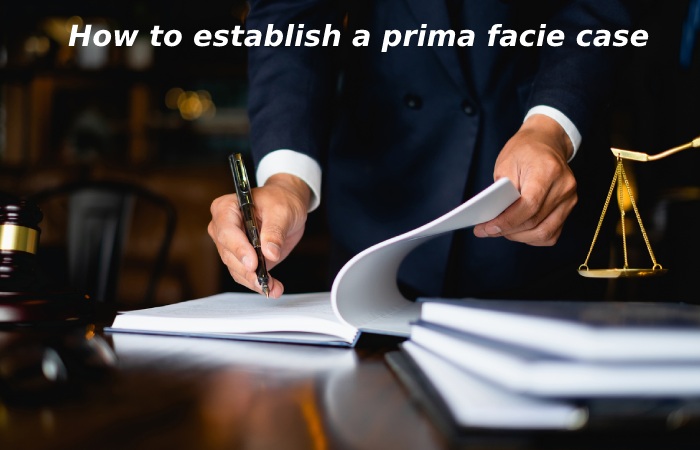 To establish that prima facie negligence is present in a situation, four key characteristics must be current: 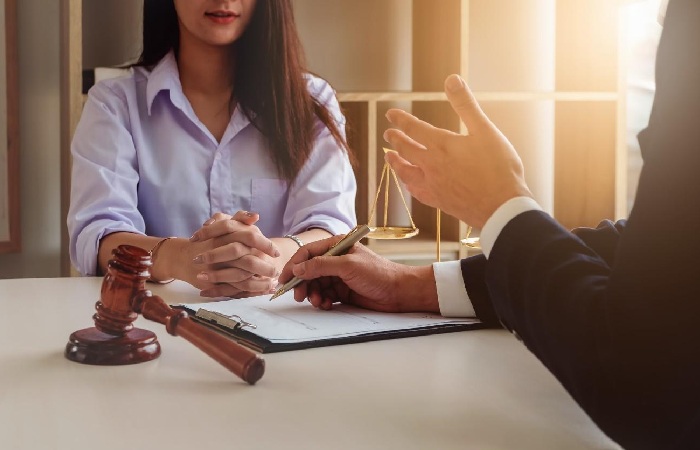 The hand formula often referred to as the BPL formula, will usually be used to determine negligence in cases of prima facie carelessness. According to this algebraic formula, the defendant is guilty if B is more significant than P and L. P is the likelihood that an accident will occur, L is the size of the ensuing loss, and B is the weight of precautions the defendant may have taken.

When inviting people onto their property, business owners or landowners are responsible for alerting them to any potential dangers. Likewise, drivers of vehicles have a responsibility to obey all traffic laws and to stay out of situations that might make it challenging for them to drive safely. Negligence is relatively simple to establish if someone breaks one of these or other similarly clear-cut criteria. 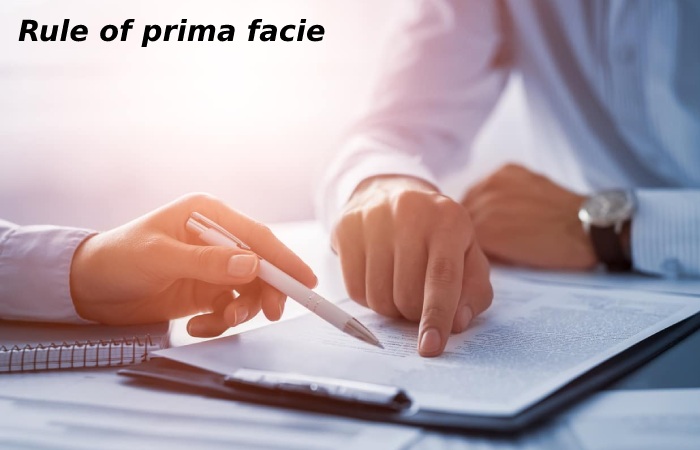 The strength of the evidence is crucial in a prima facie negligence case. Your testimony might be so convincing that the defendant is presumed innocent, which they won’t be able to refute.

Keep extensive notes of what occurred and what you lost if negligence caused you harm (such as time off from work, medical expenses, property damage, and pain and suffering).

You may submit copies of police reports, your medical history, fragments of a faulty product, or witness testimony as proof. However, the finest evidence to prove the details of your accident is surveillance video. When there is video evidence showing exactly how an accident occurred, it is difficult to dispute the facts.

The importance of taking time off from work

Is Business Software Necessary? 6 Types of Software to Help Your Business

Recognition is Everything: 4 Reasons Branding Is Important for Businesses

In Business World, 10 months ago
Business