Tesla Stock Price Forecast for 2021 and in Future of Electric cars.

Tesla Stock Price Forecasts have long been hugely profitable. Tesla shares are up more than 600% since early 2020, making Elon Musk the wealthiest person in the world. Argus Research Senior Analyst Bill Selesky predicts that Tesla stock will exceed the $ 1,000 mark this year and thinks it is worth buying even at today’s price ($ 816 at time of writing: 02/14/2021). According to Selesky, investors can still get a return greater than 20%. Tesla Motors shares are traded on major US indices such as the NASDAQ and the S&P 500.

And also, Tesla is the undoubted leader in the electric vehicle industry. However, it is unclear whether this position will hold in the coming years, as many companies are also actively producing their electric vehicles. One thing is sure: electric cars are the future, and it’s also a rapidly growing segment in auto sales, as reflected in Tesla’s stock forecast.

A brief history about Tesla 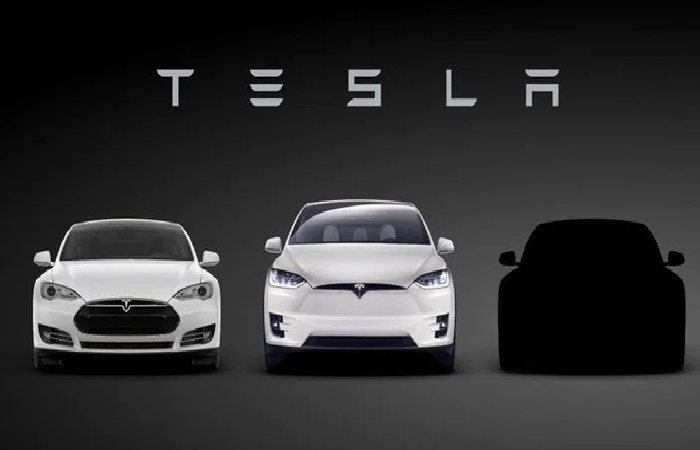 However, Tesla for the first time went public in 2010, offering its 13.3 million shares for just $ 17 per share. At the time of this script, Tesla stock was valued at more than $ 800. In other words, they’ve multiplied by 50 in just 10 years! With a market capitalization of around $ 800 billion, Tesla is the world’s largest automaker by value, beating giants like Toyota and General Motors.

And also, While the world has suffered from the economic impact of COVID-19, Tesla reported a 71% increase in vehicle production in the fourth quarter equated to the same period last year. Most people believed Tesla’s goal of producing 500,000 vehicles by 2020 was almost impossible. The Californian company has nearly reached its target with the production of 499,647 cars in 2020.

On January 26, 2021, the highest price of the Tesla share was recorded at the end of the day and was 883.09 US dollars. The current price of the stock (NASDAQ: TSLA) is $ 678.65. This value will change automatically, so use this article to find out the cost of Tesla tomorrow.

Below is a daily chart for NASDAQ (the last close of trading was February 12, 2021), showing the share trading volume and the previous five real-time trades for Tesla shares. This chart is presented as an example of a trading day on NASDAQ.

However, It’s important to note that Bill Selesky isn’t the only analyst with a speculative price target above $ 1,000. The most optimistic forecast came from Colin Rusch, an expert at the Oppenheimer investment bank. He expects Tesla’s target price for 2021 to be $ 1,036. We’ll talk about his prediction a little later.

Moreover, Some think these predictions might even be conservative. When Tesla proclaimed last year that it would bring half a million vehicles to market, there were many doubts. In 2020, the company produced 509,727 vehicles and launched 499,550 vehicles, right on the verge of its ambitious plan.

But, Along with its latest earnings report, Tesla reported the following: “In the coming years, we expect average annual progress in vehicle deliveries of 50%. We will increase the production volume in a few years, and the company will work hard in 2021. Should that plan become a reality, Tesla shares could soar even higher.

And also, Tesla stocks were the fastest-growing stocks in the market in 2020. This made the company’s CEO, the charismatic Elon Musk, the richest man in the world. Judging by the expectations and recommendations of analyst Colin Rusch, Musk will get even richer this year. Tesla’s target price is $ 1,036, according to Rusch.

However, In a statement, the specialist explains why he doubled the expected price target. He believes Tesla has the edge over its competitors in terms of the efficiency of making and marketing self-driving cars. That doesn’t mean that the competitors will stop: General Motors, among others, has big plans for new electric vehicles.

Incidentally, Colin Rusch is not just a Tesla fan but one of the best Wall Street analysts. According to TipRanks, Rusch ranks 12th out of 7,243 analysts. This rating is based on a loyalty rate of 64% and an average return on your predictions of 75%. 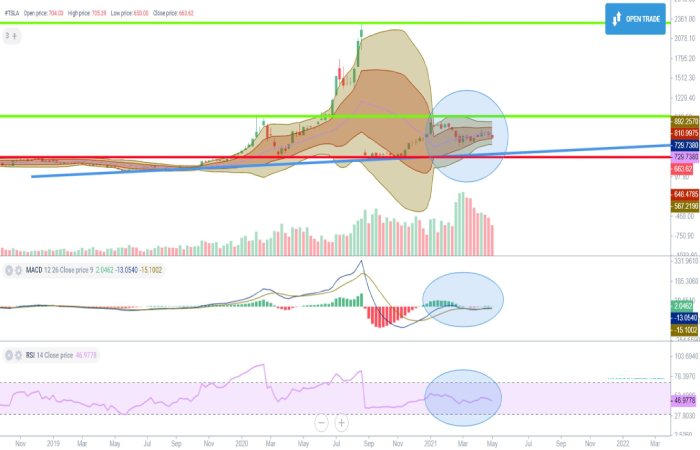 And also, The indicators we see in the previous chart: MACD, RSI, and Bollinger Bands indicate that the price is flat:

These signals are indirectly confirmed by the readings of the indicators (marked with blue circles):

Therefore, the expected trading range in Tesla for the next three months is in the corridor between the trend line and the confrontation level (green line): low USD 475, high USD 1000.

However, A breakout above the $ 1000 resistance level is also possible. In this case, the previous local high at 2318 becomes the new target. However, the technical analysis suggests that such a forecast is unlikely in the next three months.

What will the future price of Tesla shares be? Are Tesla Stocks Good To Invest In?

In 2020, Tesla was one of the few companies that made significant profits despite the pandemic. A few days ago, the company’s shares hit record highs, making Tesla boss Elon Musk the wealthiest person globally, surpassing Amazon boss Jeff Bezos.

But, Based in Palo-Alto, California, USA, Tesla is one of the best-known brands in the world today. The company specializes in building “cars of the future” that require neither petrol nor diesel. 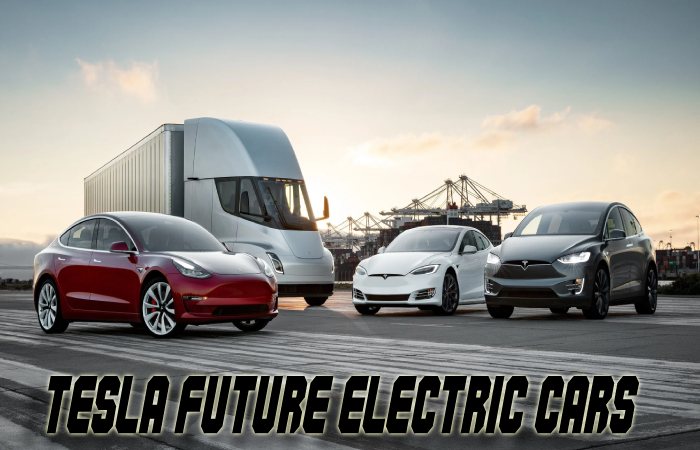 However, Tesla stock gains in value as the company’s earnings keep rising quarter by quarter. But, Today Tesla is the world’s largest manufacturer of high-tech vehicles. Everyone who has everything to do with the industry knows the name of this American company.

And also, If Tesla’s meteoric rise continues, there is no doubt that its shareholders will make huge profits in the future. So what is the forecast for Tesla stock (TSLA)? Here is a table for 2021:

How to take the screenshot on windows 10 easy steps

Why Do Businesses Need Translators?

In Business World, 9 months ago
Business

How a Professional Resume Service Can Help with Your Career Change

Why Adding Subtitles to Your Business Videos is Important and Valuable

In Business World, 5 months ago
Business

Leverage an Executive Advisor to Reach Your Startup Goals

In Business World, 4 weeks ago
Business

How to Execute an Investor Day the Right Way?!

In Business World, 1 year ago