In Business World, 1 month ago 0

For a long time, workers in the US have suffered injuries from work and have had to fight for compensation for medical expenses, lost wages, and other reparations. Workers had to prove negligence by their employees, which was a long, costly, and intimidating legal battle.

Since payment was an uphill fight, most employees didn’t receive settlements. In fatal accidents, only half of the victim’s family got the payment, and for those that did, it was only a year’s pay.

Worker’s Comp legislation was established as a grand bargain to reduce the conflict between employers and employees when accidents occur in the workplace. Here is what small business owners need to know about Workers comp.

What Small Business Owners Need To Know About Workers Comp

The Basics Of Worker’s Comp

Workers’ comp laws have evolved since they started in the 1900s. This compensation is state-regulated, determined by the individual state’s legislative board, and implemented by different state agencies.

These regulations have similar principles all over the country, with some differences across states. This compensation refunds lost wages, medical costs, and rehab services to employees who have suffered work injuries or developed an illness at work.

Benefits are offered to affected employees regardless of the fault; in return, the business owner’s liability is limited. Benefits calculation considers future wages fall permanent disabilities. However, not all work injuries are compensated by the Worker’s comp coverage.

Today’s Worker’s comp laws have no-fault laws. According to the Worker’s comp, no victim is entitled to injury compensation without proving fault to the opposite party.

The intensity of a worker’s claim is not affected by any guilt or carelessness on their side. If the injury occurs due to impairment by alcohol or drugs, the employee loses their right to compensation. Even in an attempt to injure themselves, they won’t get a worker’s comp.

Every state has its Worker’s comp program via a board or a commission that ensures enterprises comply with the laws. The commission is a state agency that administers claims. It judges if the insurer should refund the medical care, cash benefits, or both and determines the amount to be paid. The board directs weekly money benefits and medical care to be paid by the employer’s insurance company.

The Department of labor in the US has contacts with all state agencies. To learn about the Worker’s comp laws in your area, check out your state’s department website.

Apart from Texas, all states require all enterprises with workers to carry Worker’s comp insurance. However, specific regulations and requirements are different in states. A state may disagree with offering compensation for psychological conditions not caused by a physical injury at the workplace.

Workers comp is a legislative program that helps employees to be compensated for any injury that occurs at the workplace. This program ensures that employees are refunded medical costs and lost wages due to the damage. As a small business owner, use the above information to understand Worker’s comp details.

The 4 Easy Steps To Getting Professional Business Headshots

In Business World, 2 months ago
Business

Plan your Top Financial Goals with the Best Mutual Funds

In Business World, 4 months ago
Business

Customer Service in Business. Where to Start: 5 Recommendations From Experienced Entrepreneurs

Wrapped Up: Care Package Ideas For Your Next Business Conference 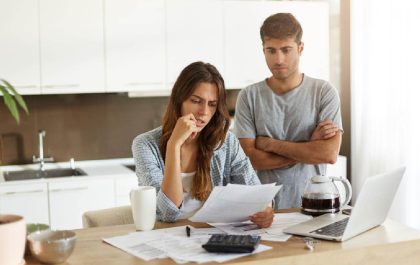 In Business World, 7 hours ago 0